Technology has produced a brave new world without physical boundaries, few rules and unprecedented risks. Our collective sense of security has deteriorated rapidly in recent years and that trend will continue through 2012. As much as technology has provided great opportunity and enrichment, our dependence on it has produced some less favorable results such as those I wrote about recently. Some aspects of our personal and professional lives are now more complicated and risky than ever before and it is likely to get worse before it gets better. 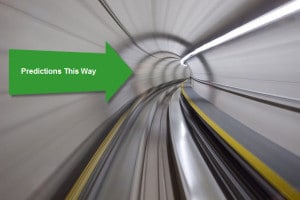 Until recently, most technology has delivered instant gratification with little regard for incorporating security mechanisms and development practices from the start. That lack of focus on safety in favor of speed and convenience started to fade in the past few years yet there are still security and safety risks in countless products to the delight of hackers and criminals or insiders seeking revenge or to make a quick profit on selling secrets. A perfect example of this was the shift from Windows XP to Windows Vista. Vista was built to be far more secure than its predecessor but some have argued it went too far.

The problem here is that security needs time to work backwards towards the foundation to plug all the holes. Constant software patching and updates are a part of everyday life and is emblematic of the state of security. Every decision that brought a product to where it is today needs to be revisited to uncover original flaws as well as adapt to new threats such as social engineering and rogue insiders. Another major problem that exists is that so many networks and systems are poorly configured or not even managed at all leaving them open to exploitation while understaffed and sometimes undertrained IT staff struggles to keep up. What we have here is a gap between what is secure and what is not and I expect it will be years before most systems and technologies are very secure from the foundation and human threats can be mitigated effectively.

In this gap fits change auditing. Change auditing, unlike security measures and practices, is already all grown-up. It doesn’t have to mature because change auditing simple is tracking every change that takes place and condense that information so that someone in charge can see what’s going on. Where needed, actions can be taken to improve defenses and detect things like rogue users tampering with data they shouldn’t. Where security fails, change auditing succeeds.

NetWrix’s AuditAssurance™ technology is at the forefront of change auditing because it allows the administrator flexible implementation without taking a performance hit while collecting concise change detail in a human readable format. What makes our technology even more exciting is that it captures and stores audit information from separate and multiple sources so that detail is complete and near impossible to clear by a rogue admin while also stored in two repositories physically separate from the resources being audited. We’ve built integrated tools for Active Directory, Group Policy, Exchange, File Servers, Windows Servers, SQL, SharePoint, EMC Celerra, NetApp Filer, as well as include our storage, reporting, and AD restore functionality. If you are looking to bridge this gap while security continues to mature, take a look at the NetWrix Change Reporter Suite today.