Data protection is critical for ensuring that your organization is compliant with regulatory compliance standards like the GDPR and for meeting the expectations of your clients and business partners. Not only can data breaches result in large fines, but the reputational damage can be just as great. To help, Microsoft SQL Server supports 5 different kinds of encryption for protecting data. This article explains each of them and where they should be used.

Like websites that secure traffic between browser and server, SQL Server can be configured to use Secure Sockets Layer (SSL) to encrypt traffic as it travels between the server instance and client application. Additionally, the client can validate the server’s identity using the server’s certificate. SSL only protects data as it travels across the network, but, unlike most of the other forms of SQL Server encryption, SSL is available in all supported versions of SQL Server and in all editions.

Before enabling SSL, you’ll need to install a certificate on the SQL Server. The best way to do this is by requesting a certificate from your own enterprise certification authority (CA). Windows Server can be configured as a CA and you can set up clients so that they trust the certificates that it issues. Alternatively, it is possible to use self-signed certificates, although this is best suited to test environments.

Transparent Data Encryption (TDE) in SQL Server protects data at rest by encrypting database data and log files on disk. It works transparently to client existing applications, so they don’t need to be changed when TDE is enabled. TDE uses real-time encryption at the page level. Pages are encrypted before they are written to disk, without increasing the size of your data and log files, and pages are decrypted when read into memory. TDE is available only in Enterprise editions of SQL Server. It also works for Azure SQL Database, Azure SQL Data Warehouse and Parallel Data Warehouse.

TDE encryption has a hierarchical structure, with Windows Data Protection API (DPAPI) sitting on top of the hierarchy and being used to encrypt the service master key (SMK). You can use the SMK to encrypt credentials, linked server passwords and the database master keys (DMKs) residing in different databases. A SQL DMK is a symmetric key that protects the private keys of certificates and asymmetric keys stored in databases.

TDE also requires a database encryption key (DEK), which is either a symmetric key that is protected using a certificate stored in the master database, or an asymmetric key that is protected by a service that uses Extensible Key Management (EKM), such as Microsoft Azure Key Vault. Backup files of TDE-enabled databases are encrypted using the DEK, so during restore operations, the certificate protecting the DEK must be available.

Backup Encryption works like TDE but encrypts SQL backups instead of the active data and log files. Backup Encryption is available in SQL Server 2014 and later. You can specify AES 128, AES 192, AES 256 or Triple DES encryption, and use either a certificate or asymmetric key stored in EKM. Additionally, it is possible to enable TDE and Backup Encryption simultaneously, although you should use different certificates or keys.

Just as with TDE, if you enable Backup Encryption, you must also back up the certificate or key. Without the key or certificate, the backup file can’t be used to restore data. Backups can also be encrypted when using SQL Server Managed Backup to Microsoft Azure.

Available in all editions of SQL Server, cell-level encryption can be enabled on columns that contain sensitive data. The data is encrypted on disk and remains encrypted in memory until the DECRYPTBYKEY function is used to decrypt it. Therefore, although the SQL data is encrypted, it is not secure beyond simply using a function in the user context to decrypt it. Additionally, because a function is needed to decrypt the data, client applications must be modified to work with cell-level encryption.

Always Encrypted encrypts sensitive data in client applications without revealing the encryption keys to the database engine, providing separation between data owners and data managers. For example, with Always Encrypted enabled, you can be sure that your database administrators won’t be able to read sensitive data. As the name suggests, data is encrypted at rest and if used in a third-party system, such as Azure.

The encryption process is transparent to client applications but requires a special driver on client computers. Always Encrypted is available in SQL Server 2016 and later, but only in Enterprise editions. Because of the extra client-side requirements, Always Encrypted is best suited to situations in which separation of data owners and managers is a primary requirement.

Russell Smith
IT consultant and author specializing in management and security technologies. Russell has more than 15 years of experience in IT, he has written a book on Windows security, and he coauthored a text for Microsoft’s Official Academic Course (MOAC) series.
SQL ServerSQL Server security
More great reading
Guide to SQL Server Permissions

How to Implement Row and Column Level Security in SQL Server 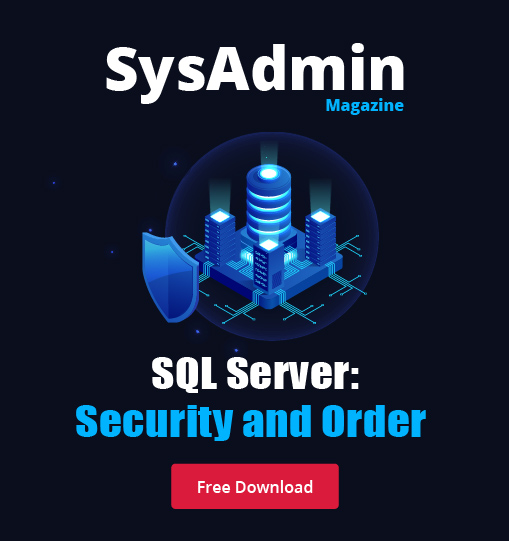