Netwrix experts ran a few speaking sessions at the Cyber Innovation Showcase segment that focused on visibility and data governance. Here are some of the main takeaways from Peter Smith’s session, “Why visibility is a must.”

#1. Insider threat is still a danger

T-Mobile, Morrisons, and Ofcom are essential to mention, as they all are examples of insider threats.

#2. The lack of visibility is the main challenge for companies in fighting insider threats

The abovementioned incidents are a perfect example of how firms struggle to protect their data resources from those already legitimately “inside the fence.” Often, it is a case of the ineffective management of privileged users on corporate networks that causes this type of data breach incident. Every organization has employees or contractors who have excessive access rights, and control over these users’ activities is often a weak link in the data security strategy and data access governance solutions.

Making sure that only the right people can access the right data becomes even harder in hybrid environments. According to the Netwrix Cloud Security Survey 2015:

#4. Visibility is the answer

Visibility is critical to maintaining a stable and secure IT environment and must be included in companies’ security strategies. Being aware of system and security setting changes, data access, user behavior, and system configuration states is a great way to detect security incidents and to guarantee adherence to security policies. Only with continuous surveillance companies can ensure the early detection of insider threats and the timely response to each violation before it evolves into a breach.

Michael Fimin
Co-founder of Netwrix. Michael is a recognized expert in information security. In his articles, Michael shares his thoughts on key IT industry events, the hottest cybersecurity topics and Netwrix product updates.

Who Is to Blame for a Data Breach? Answers to the Most Pressing Questions

Let Us Close the Awareness-Action Gap in Cyber Security Together 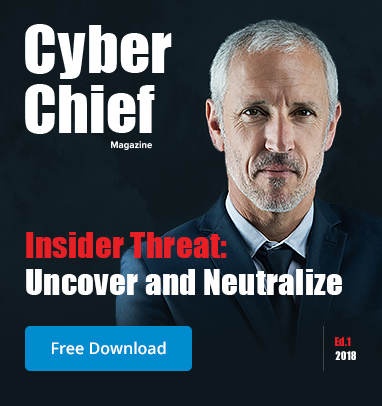