Sometime back, I chronicled one of the most infamous “hacks” that ever happened. A gentleman named Jason Cornish brought the Shionogi Pharmaceutical Company to its knees. In a nutshell, he and his friend saw that things were going bad for them and decided to take revenge. They altered an account to allow themselves access from outside the company’s network, got in, and deleted several dozens of systems (all of them were VMs). Effectively, they destroyed the company’s ability to conduct business for several days, which resulted in almost a million dollars in lost revenue.

Sadly, this could have been avoided. In this blog, I intend to demonstrate how using some built-in tools will help. First, I’m making two big assumptions here. One is that we have a good Change Management system in place. Someone has to request something, it has to seek approval through a board, and once approved, the change is made. My second assumption is that once a change is made, we have a validation process, and this is where AD native auditing comes in.

This screen shot is of the Active Directory User OU in my test lab. 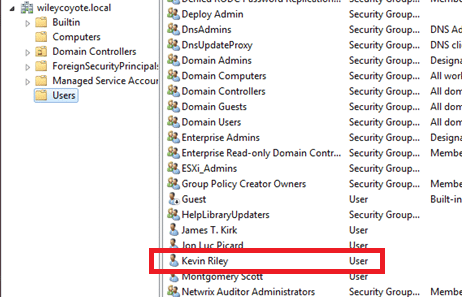 I’ve got Kevin Riley highlighted because I’m going to make him a member of the “Domain Admins” group. This is going to be a big red flag, and I’m going to get an e-mail regarding this event.

However, it doesn’t do me a lot of good if I don’t have a way of watching it.

Building alert inside the Domain Controller

I could buy insider threat detection software that would do this for me, but I prefer building my own Alert inside the Domain Controller.

To do that, proceed through the following: 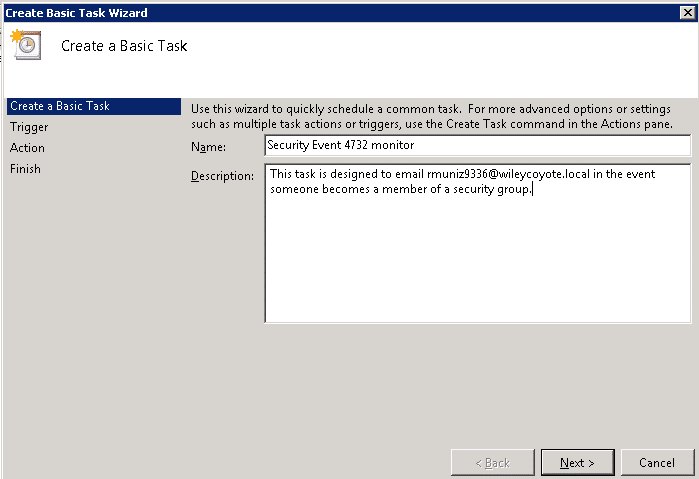 4. Specify a trigger, in this case, an event. 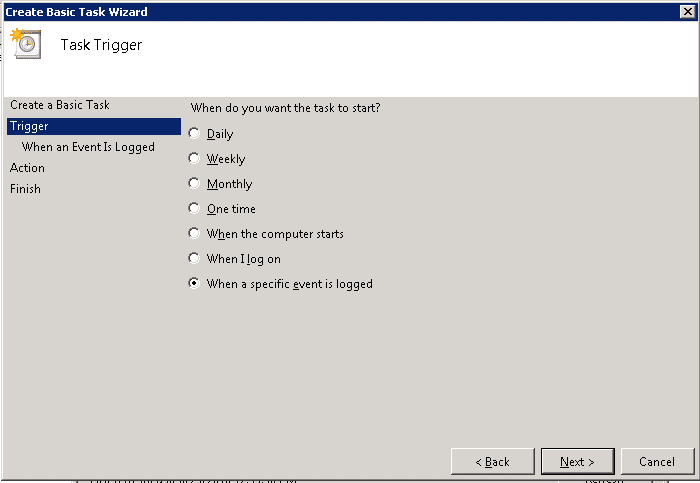 5. Fill in the information you need. 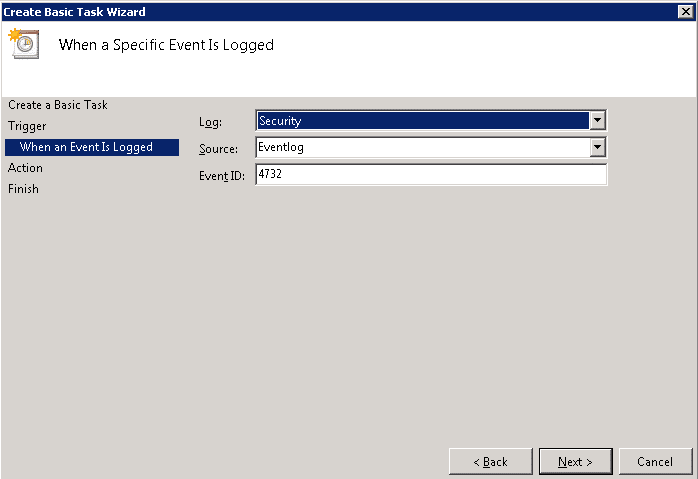 6. Choose the action to be performed. In this case, I want it to send me an e-mail. 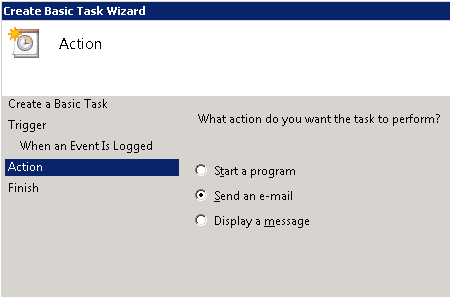 7. Enter the required information. I’m keeping it rather simple. 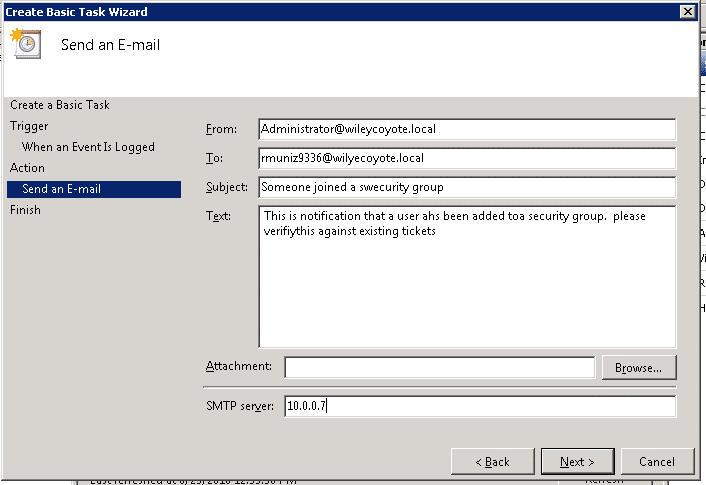 Now, the single major objection I hear concerning doing this (or any kind of real-time alerts) is that it generates too much garbage, and it does. However, it all boils down to this: If you’re expecting the change, it’s safe to ignore it. If you’re not, you better ask questions.

Another thing you should watch for are inactive accounts. Most people would consider anyone who hasn’t logged on in 30 days inactive. Asking why there isn’t any activity on an account should start leading you in the right direction. Let’s look at some possible answers:

You can use a simple Powershell command run from inside your domain controller:

You can change the number of days to any number you need.

Notice that I’m having it send me a report as a CSV file. This becomes useful for auditing purposes, not to mention justification of anything I need to do to that account (like opening a ticket and deleting it).

Instead of using PowerShell scripts, you can deploy a professional tool to get reports to your e-mail. In the following screenshot (I use Netwrix Auditor for Active Directory), we see a change made to the Domain Admins group, and another one made to Kevin Riley’s account:

Another report shows users who haven’t logged in for a long time, and their accounts have been disabled:

This also helps demonstrate to auditors that we’re taking action to protect the network against unauthorized access.

Would these methods have stopped Jason Cornish and company? Maybe. One thing is certain: There is a greater probability they’d have been stopped well before the hack went down if some simple safeguards had been in place.

Richard Muniz
Richard is a freelance IT consultant, a blogger, and a teacher for Saisoft where he teaches VMware Administration, Citrix XenApp, Disaster Planning and Recovery for IT, and Comptia Server+
Active DirectoryInsider threatPrivileged account management
More great reading
Hot Tips: How to Harden Privileged Account Security

What to Know about the Threat of Privileged Users