Any data discovery and classification solution heavily relies on regular expressions (sometimes called RegExes, REs or RegEx patterns) to identify sensitive data. But what are RegExes and how can they be used to discover sensitive data? Let’s find out.

Regular expressions are a small but highly specialized programming language; they are basically wildcards on steroids. Using this little language, you specify rules that define the strings you want to match. For example, you can define a RegEx that will match email addresses, PII, PHI or credit card numbers.

A RegEx can include literals and metacharacters.

Any single character, except for those reserved as metacharacters, is already a regular expression itself. For example, www is a match for www.netwrix.com but wwz is not. Note that regular expressions are case sensitive, so www will not match WWW or wWw.

The following single characters are not interpreted as literals but instead have special meanings:

The following table describes how each of these metacharacters functions.

Now we know almost all the metacharacters and are ready to combine them.

Suppose we need to find a license number in the format aaa-nnnn — the first three digits must be alphanumeric and the last four must be numeric. The hyphen can be replaced with any character or missing altogether.

The RegEx for this will be:

The easiest RegEx is the following:

However, this will generate false positives, since not all numbers that have this form are legitimate SSNs. Moreover, it will miss some actual SSNs, including any that are written without the hyphens. To get more accurate results, we should build more complex one. We know that:

As before, \b at the beginning and end specify a word boundary. Let’s look more deeply at each number block in between.

Jeff Melnick
Jeff is a Director of Global Solutions Engineering at Netwrix. He is a long-time Netwrix blogger, speaker, and presenter. In the Netwrix blog, Jeff shares lifehacks, tips and tricks that can dramatically improve your system administration experience.
Data classification
More great reading
Compliance Tools: Choosing the Right Solutions

The Importance of Data Classification for Data Loss Prevention

Data Classification: What It Is and How to Implement It 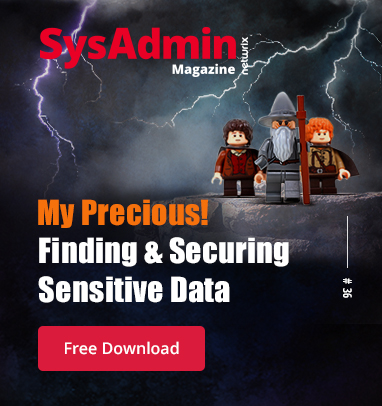